Igor Volsky, the co-founder and executive director of Guns Down America, a gun-control group, said it's "incredibly dangerous" for gun companies to market guns to women and minorities. 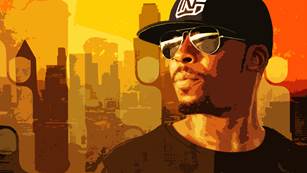 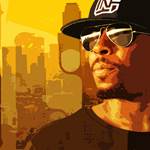 While politicians attack and disparage gun rights, the vulnerable and victimized prepare for their defense.

Stacy Washington takes a look at the NAACP’s recent “travel advisory” warning minorities not to travel to Missouri.

For The Sake Of Their Voters, Democrats Need To Admit They Lost The Gun Issue To Freedom

Frank Miniter explores how women and minorities discovering their Second Amendment rights might force Democratic politicians to rethink their position on guns.

We’ve been reading how more and more women and minorities are taking up arms for protection. We’ve seen the monthly FBI reports on the number of background checks remaining at high levels. And one glance at the nightly news reminds us of the potential dangers we may face.

Speaking in West Bend, Wis., on Thursday, Republican presidential nominee Donald Trump pointed out again just how insulated and dismissive Hillary Clinton is of the concerns of most Americans, as she takes around-the-clock armed security as her due, even while seeking to deprive African-Americans and other minorities of that same constitutional protection, Breitbart reports.

On the heels of Texas drastically reducing the price of its concealed-carry permit fees, the state of Utah appears to be attempting to go in just the opposite direction.

A measure that would drop the fee for acquiring a Texas concealed carry permit from among the highest in the nation to near the lowest has been sent to Gov. Greg Abbott’s desk for consideration.

“Do you know that gun control, early gun control, was really about keeping guns out of the hands of black people?” asked Milwaukee County Sheriff David Clarke last week at the Heritage Foundation’s event, “The Right to Arms and the War on Guns.”