So much for free speech in Canada. The Royal Canadian Mounted Police (RCMP) has banned CZ858 “Spartan” rifles nationwide—reclassifying them from “restricted” to “prohibited”—apparently because the special-edition rifles have the words “Molon labe” (“Come and take it” in Latin) engraved on the receiver and buttstock, along with a Canadian maple leaf on the pistol grip and handguard, therebel.media reports. 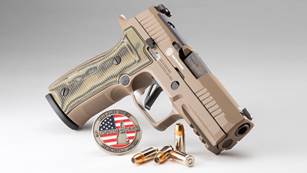 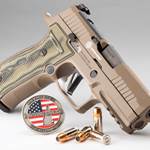 What Makes A Gun A Gun?

The media has recently made much ado about prosecutions being dismissed involving AR-15 lower receivers. The Gun Control Act (GCA) regulates “firearms,” which are defined to include a “frame or receiver,” not half a frame or receiver.

On May 21, ATF published a new proposed rule in the Federal Register entitled Definition of “Frame or Receiver” and Identification of Firearms.

Winchester’s first repeater marked with the company name was the Model 1866, a lever-action that utilized the same .44 rimfire cartridges that the Henry rifle had fired in the American Civil War.

Dozens of Congressmen Ask the ATF to Rescind Proposed Rules

House Republicans recently sent a letter to the DOJ regarding a recent proposal from the Biden administration.

An apparently leaked ATF document detailing possible plans to completely redefine what parts of a gun are to be considered a “firearm” has many in the industry worried.

This deluxe four-barreled Abbiatico & Salvinelli .410 shotgun is one of the more unusual smoothbores represented in the Robert E. Petersen Gallery.

Two classic pump-action shotguns have been at the forefront for decades—the Remington Model 870 and Mossberg’s Model 500.

The Bravo Company RECCE-7, an AR-15 pistol chambered in .300 Blackout, is a fun range gun and a serious defensive tool.

Previous
Page 1 of 6
Next

NRA Gun Of The Week: Magnum Research Big Frame Revolver In 350 Legend | An Official Journal Of The NRA