We hang around USPSA matches now and again, and smile every time we watch an Open gunner collect a magazine from the ground—assuming he or she had to reload at all—and immediately start babying it. As Production guys (usually), we’re always pleased to re-enact a classic rebuttal to the “Tactical Tupperware” snipe. As we watch the prolonged obeisance to the God of $200 “big-stick” magazines we, in stage whispers (so our Open-gunner mate can benefit from our wisdom), offer the following: 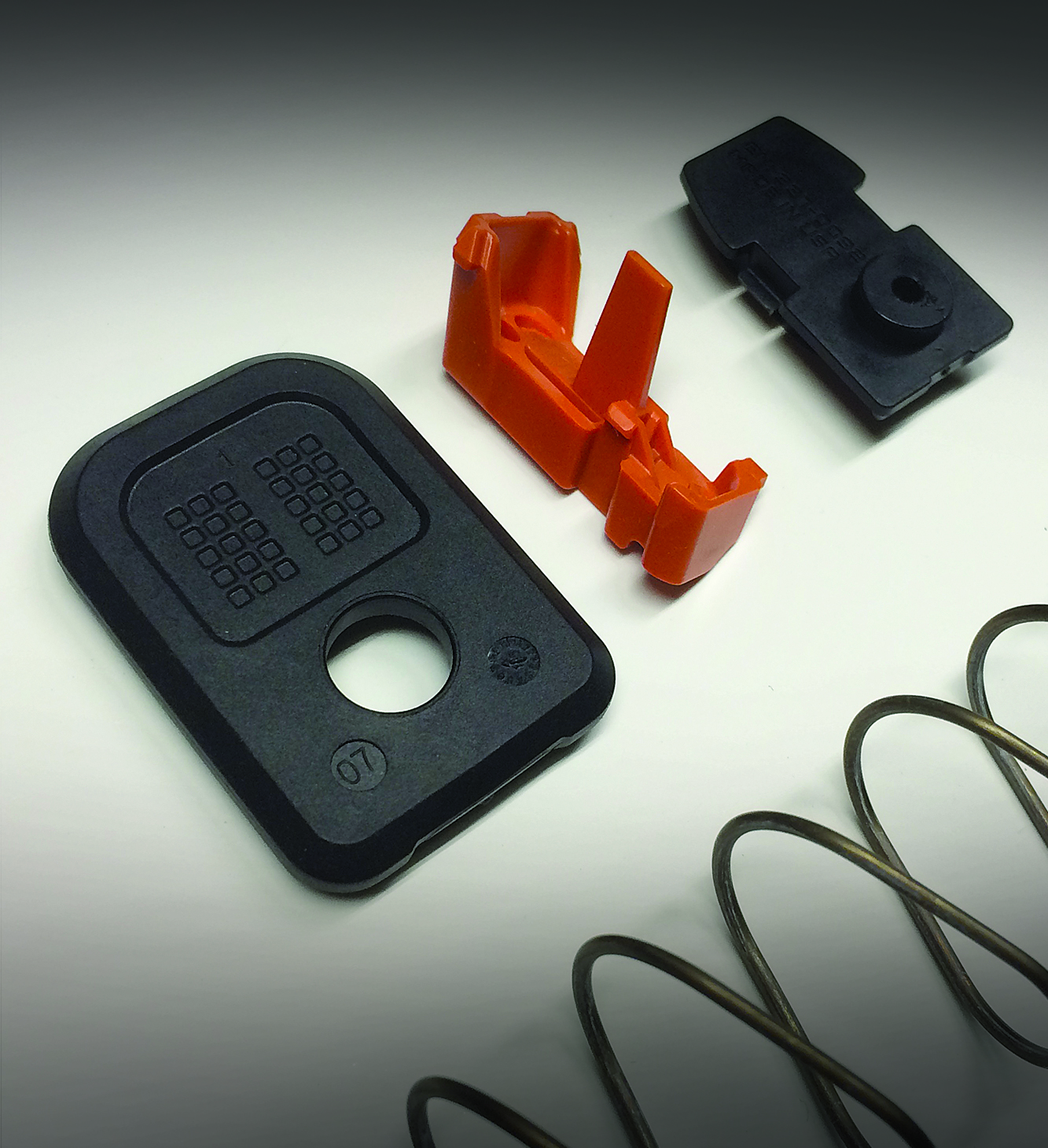 Easy mag marking and laughably easy disassembly (not that you’ll need it much).

Glock Guy 1: “Have you cleaned your mags yet this year?”

That a healthy middle digit so readily, rapidly appears only adds to our mirth.

This is funny, we allow, only because it is so true. Glock mags are legendarily schmutz-tolerant, but also, with an occasional spring swap, have lives measured on an (apparently) geologic time scale. All this, and relatively inexpensive as well: sublime.

Which brings us, however roundabout, to Magpul. Is it pure hubris to take on such a device? If you’ll pardon a spoiler to their own delightfully impertinent explanation (and set to Antonio Carlos Jobim’s incomparable “The Girl From Ipanema,” no less): “All the boring reliability you expect from an OEM Glock magazine … Made in the USA … $15.95.”

Ummmmmm, ahhhhhhh, yes … and no. Because as absurd as it seems to challenge such a commercial masterpiece, Magpul may have found a way to actually add to the pedigree of the original.

One difference you’ll notice the first time you load a GL9 is the colored follower. This has always been a good idea for simultaneous safety and readiness reasons. If the slide is back and you see orange, an empty mag is in the gun: Either proceed to check the chamber (safety), or get a fresh mag in that cotton-picker right now (readiness)!

Next, you’ll spot the absence of the steel liner. The story of the liner is a trifle clouded, but consensus is that it provides the “drop-free” rigidity of the OEM version, and this certainly jibes with our recollection of early, unlined mags. But never fear: We encountered no propensity whatever for Magpuls not to fall as expected. In fact, they seem slicker to the touch in a good way—a faster exit, perhaps? Time will tell: If these supplant the OEM version in competitive circles, you can bet there’s a good reason, and this may be it.Magpul may have found a way to actually add to the pedigree of the original.

We also admire the disassembly innovation. Rather than a slightly tortured removal of the baseplate toward the front (and especially with 10-round variants—@#&^%$^&#!) with a small-diameter tool, the GL9 sports a huge release button. And by huge, we mean easily activated with a pen or pencil, though the tip of a dexterous little finger worked fine too. Then the baseplate will obediently slide off—to the rear—opposite of the original.

A detailed examination of that baseplate reveals another clever bit: Magazine differentiation marking is a piece of cake (if you don’t do this, you should, by the way). With the tip of a Sharpie, you can mark indentations molded into the baseplate and differentiate up to 30 magazines. Add a second color and that’s 30 more, ad infinitum. Or mark multiple holes for more-easily legible symbology. Darn useful. As you disassemble, note that nothing flies apart: The floor plate and follower are both solidly attached to the spring. Field disassembly is therefore much less likely to turn into a “launched” parts hunt.

At this point—we think—the easy nuggets are all that remain. Multi-“Gen” compatibility? Check. Round count indication on both sides? Check (although no “count,” just loaded-to-capacity).

But most important, do they work? Check, check and double-check that filthy follower in our photo: We’re at about 800 rounds in two pistols (a Gen3 and a Gen4), including a caliber-converted G23 to G19, and the score is: Magpul, 800-plus; Malfunctions, 0.

The Modern Sporting Rifle—otherwise known as the AR—is likely America’s most popular firearm for a single reason: versatility. 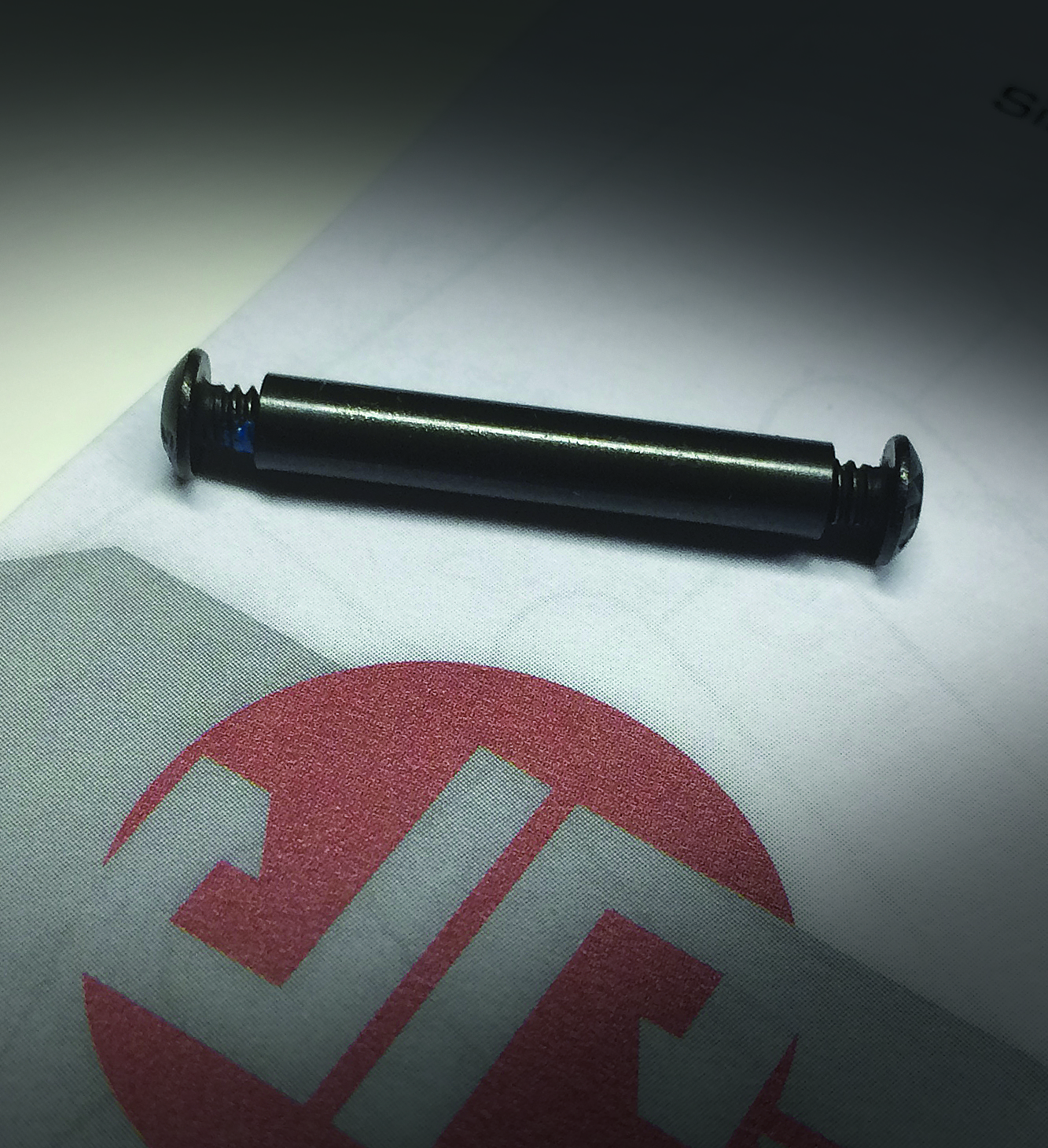 A simple, inexpensive, multiple problem-solver. Did we mention simple and inexpensive?

Among the best present aspects of that versatility are truly superb triggers. These come in two broad categories: “Conventional,” which consists of the time-honored components (trigger, disconnector, hammer, their associated springs and pins) and, more recently, the module/cassette/cartridge type, where all the trigger components are assembled into a housing, and quite literally “drop-in” to your lower.

Before the fistfights start: Both types can yield superb results. While perfection is an arguable ideal—single- vs. two-stage, for instance—the edge in outright options remains with the original, and kits from the likes of Geissele, Jard, Hiperfire and ALG ought to satisfy almost any taste or requirement. But for simplicity (and still-outstanding performance), the cartridge types are tough to beat. (See for instance, First Gear’s look at the Rise Armament RA-535.)

And that’s where we get to the pins that hold—or don’t hold—either type in your rifle. Granted, there are lots of ways to prevent such “walking,” though not many of those fixes are willingly applied to firearms: They bring methods and/or tools that don’t adapt well to the field, and especially the battlefield. The decades-old solution is grooved or notched pins—spring legs fit in these indentations on the circumference of the pin to keep them just where they’re needed.

The trouble starts when rifles get down the road a little: Tiny variations in tolerances or old-fashioned wear can mean springs aren’t up to the retention job anymore. High round-count and military users, or others fortunate enough to have a Class III “M” variant have long known how hard use will walk pins out too. Better a tool or two than a “down” rifle? You betcha.

If you want simple, inexpensive, reliable and utterly free of rocket science, JP Enterprises puts the hammer down, so to speak, on pin escapes. Ever so slightly over-sized and molybdenum impregnated for reduced friction, they put a hex head screw at either end of both pins. We hear tell of the occasional hammer pivot hole needing to be reamed to accommodate JPs, but haven’t encountered this ourselves over the course of many installations. We like these for “ground-up” builds, and also in older lowers where pins may be sloppy. 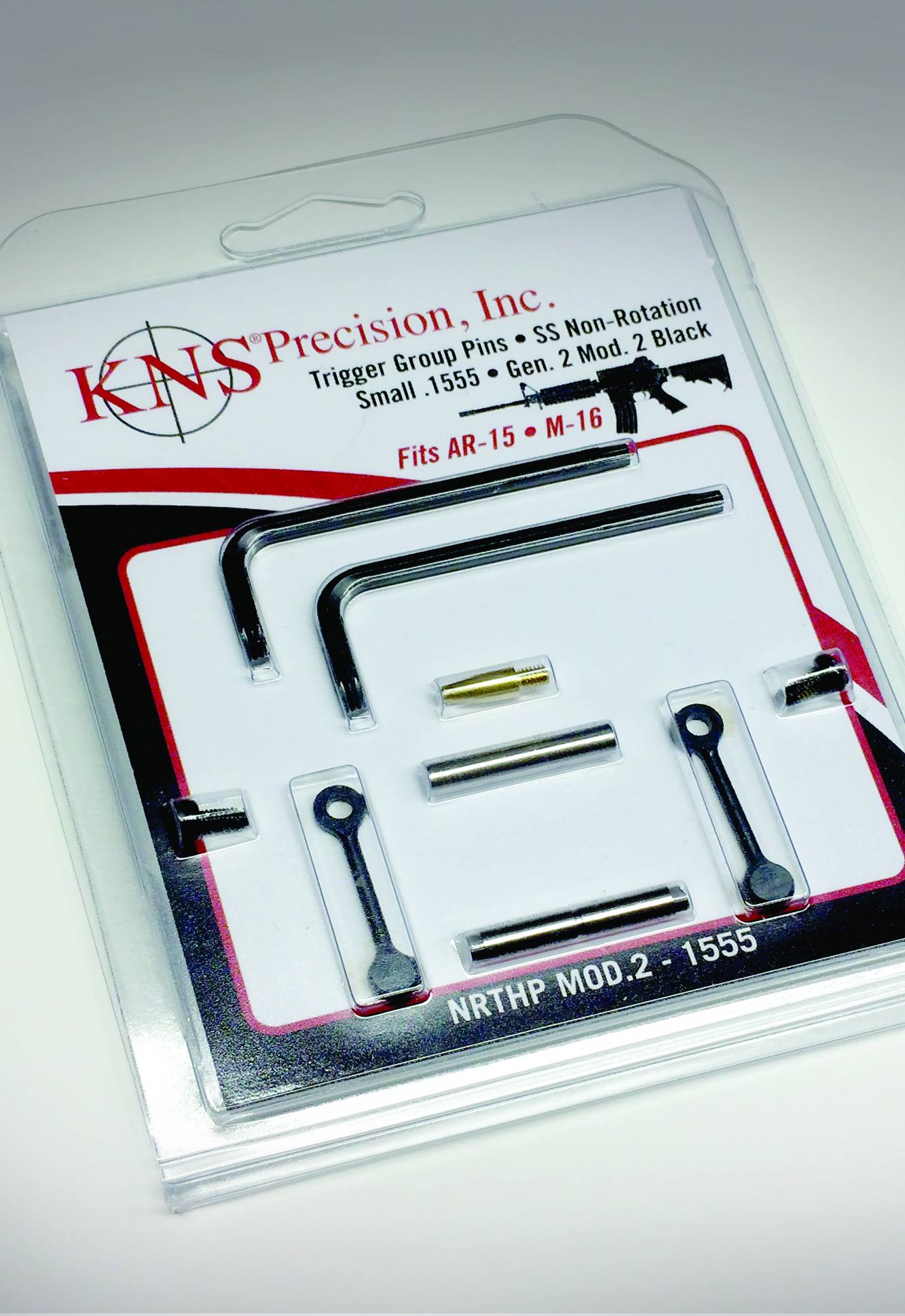 Slightly more expensive, but with a couple of “adds” we like are the Gen 2 Mod 2 Non-Rotating pins from KNS Precision. The install of these is a little more complex, though KNS provides all the tools you’ll need (except a vice block for your MSR lower) and a right-on-the-money video detailing installation. Don’t get ahead of yourself either: Their method is so well documented that you’ll see you don’t have to remove anything but the pins—your trigger, hammer, etc., stay in your lower. We slightly prefer this kit for MSRs or ARs that have been, or which you expect, to shoot a lot: This system does not allow the (harder) steel pins to rotate in the holes of the (softer) aluminum lower, and reduces the likelihood of those holes getting wallowed out over time, or through very hard short-duration use.

Cartridge trigger systems re-enter our thinking here, though for a perhaps unexpected reason: Pin “proxies” inside the housing are what hold them together and allow for mounting in the lower. The usual retentive pressure of the springs on the hammer and trigger pins is therefore absent. Friction-fit is all that’s left to hold the trigger works inside your lower. Ergo, we’ve seen many an unhelpful migration of otherwise-adequate pins right out of the lower simply from laying the rifle down on its side. No imagination is needed to see how this is a problem.

Whatever trigger system you prefer, there’s another advantage of a workaday sort to anti-walk pins. While there’s no reason to hate on regular pins, it’s still easy to find inconvenient variations in examples from different sources—hardly a surprise. But when you put in a set of the high-precision JPs or KNSs, you generally reduce a self-describing phenomenon called hammer-wobble. Smoother, more mechanically “erect” geometry is the result of replacing those lesser pins: If not exactly lighter, your trigger function still gets more consistent in a readily discernable way.

That’s a bargain in itself, to say nothing of avoiding a random parts dump when you least want or expect it.

How Gun Control Creeps In

The Truth About Armed Citizens in America

The AR-15 For Home Defense: 3 Loads To Consider | An Official Journal Of The NRA

#SundayGunday: Savage 110 Magpul Hunter | An Official Journal Of The NRA

Tactical Shotgun Accessories | An Official Journal Of The NRA

First Gear: Must-Haves for Gun Owners | An Official Journal Of The NRA

END_OF_DOCUMENT_TOKEN_TO_BE_REPLACED

Anti-Second Amendment legislators want government agencies to ban gun advertising, to use the financial services sector to restrict gun sales and more. These attacks must be stopped.

First Gear: Prep for the Holidays

Prep for the holidays with these must-haves for gun owners.

A Signal About What the Next Congress Might Do

One noteworthy anti-gun senator doesn’t think President Biden has the votes to bring his anti-gun agenda to fruition.

Aurelia Skipwith Giacometto has a lot to say about the intersection of our Second Amendment rights and wildlife conservation.

New Fronts in the War on Gun Owners

What our adversaries lack in logic, integrity and public support, they make up for in determination, underhandedness and cunning. This is why me must stand together and use the truth to keep our freedom.

Rogue Introduces R1000 E-Bike | An Official Journal Of The NRA