During World War II, America’s enemies cut off our military’s supplies. Back home, our Greatest Generation responded by holding scrap metal drives to support the troops. Farmers turned in tractors. Moms gave up pots and pans. Even kids chipped in, offering their toys for the cause. Americans of all backgrounds sacrificed to protect freedom.

We don’t see much of that community-minded patriotism anymore and, as a result, the freedom our Greatest Generation protected is starting to slip away. Schools don’t teach the Constitution. Hollywood and the media ridicule our morals, while their doctrine of political correctness censors our beliefs. And the Second Amendment is yet again under siege.

A generation of American values and liberty is at stake. YOU can enlist in The NRA Foundation’s fight to teach a new generation about those freedoms during this critical time in our culture.

THE NRA FOUNDATION HAS THE GRIT TO PROTECT FREEDOM. GIVE US THE METAL TO DO IT.

In the spirit of our Greatest Generation, The NRA Foundation has launched NRA Cars for Freedom. If you have an old car, tractor, boat, motorcycle or other unused vehicle, The NRA Foundation will pick it up, free of charge, in nearly any condition. Donations are tax-deductible and will be used to reawaken our American values and educate the country about our freedoms. YOU can enlist today at NRACarsforFreedom.com or by calling 1.866.NRA.GIFT.

To capture the essence of the community-minded patriotism that helped define our Greatest Generation, NRA Cars for Freedom modernizes World War II print ads, movie theater newsreels and radio spots that were used to promote scrap metal drives in the 1940s. We’ve included the initial ads below, and will be sharing more, along with radio spots and videos throughout the initiative, so check back often. And finally, be sure to do your part to enlist your fellow Americans in NRA Cars for Freedom using #CarsforFreedom. 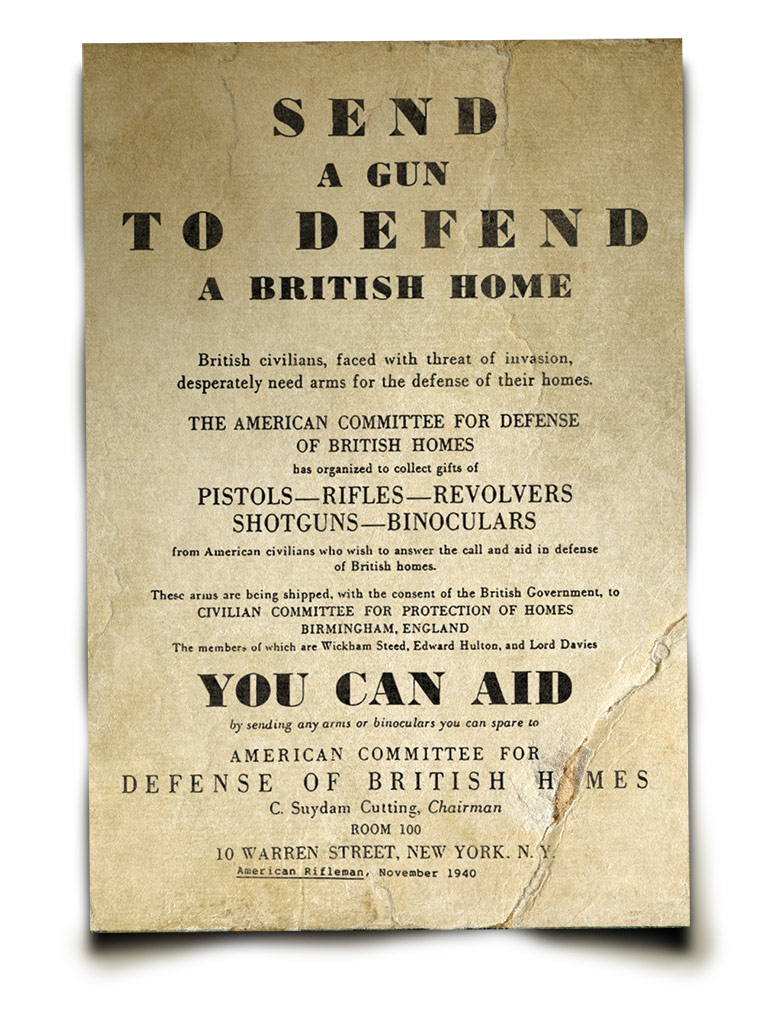 In this article
Cars for Freedom, The NRA Foundation, Greatest Generation