Kydex: A Holster Material for the Ages

Kydex: A Holster Material for the Ages

What is this Kydex you speak of? Yes, yes, yes, shooters of a certain age can misquote “The Graduate.” Plastics, known now as polymers, have taken over. There was a time when holsters came, much as Ford autos did, one way. In the case of holsters, you could have anything you wanted, as long as it was in leather.

Not so much, now. Oh, there are still those of us who like leather, but Kydex has taken over. What is it? It is, in the techno-speak in which I used to be easily conversant, a thermoplastic acrylic-polyvinyl chloride. Unpacking that, it means it is a heat-shapeable plastic, composed of acrylic and polyvinyl chloride macromolecules. Exactly how are they combined, or made to play well with each other? That is a secret that only Sekisui SPI knows, and they aren’t telling.

We need to know only this: the chemical wizardry that goes into making Kydex creates a material that can be formed into sheets and molded at high temperatures, leading to many useful properties.

The acrylic part of it makes it very hard, rigid and formable. The polyvinyl chloride (yes, the same PVC that you find in PVC pipes) makes it tough but not brittle, and chemically resistant. It is not, however, perfect, it can be cut or scarred. It can be pierced. (I have a holster in my collection that was shot through by its owner. Not me.) The hardness also makes it abrasive.

However, one of the other attributes is that is can be laminated. When it is laminated with other, softer materials, you can have a holster, if you wish, with a leather-like exterior, or a n easier-on-the-finish interior. 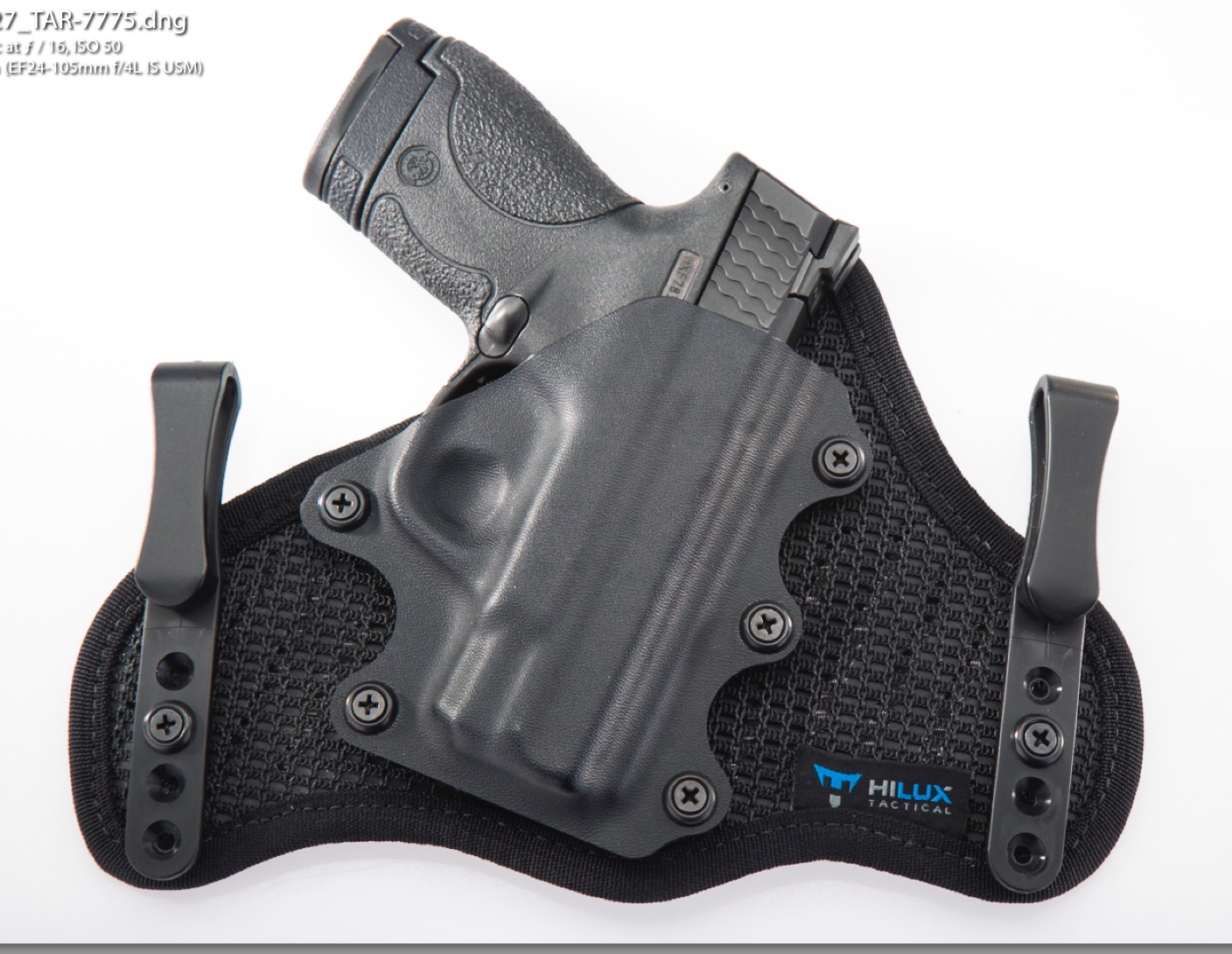 Because Kydex is still but moldable, it can be made to fit any gun and can be used for IWB or OWB holsters.

The four things that make it very attractive as holster material are:

That said, there are drawbacks;

Until there is something invented (chemists are inquisitive and creative like you wouldn‘t believe) Kydex is a now and future king of holster materials. Some of us old-timers may not like the looks of it, but we sure do like the positives. I realized this when I found out that I hadn’t bought a leather holster in years. Sigh.