When I called Grant Stinchfield a “journalist” during a video interview you can see on A1F.com (or NRA Publications’ YouTube channel), he corrected me and described himself as a “partisan flamethrower.” He explained he has been a journalist, but now on “Stinchfield” on Newsmax, and on his radio show, he unapologetically tells us what he has learned and thinks. He was letting me know he has moved from the news section to the opinion section—and that he knows the difference.

This was refreshing. Today, a lot cable-news show hosts pretend they are journalists, not “opinionists.” It has gotten so bad that there really is no longer any definable distinction between editorial and news in many of our big, urban newspapers and on many cable-news networks.

Grant, in contrast, is up-front about injecting his personality and personal experience into the debate—a national debate he describes distinctly as a “war for our freedom.”

So we thought it was time we asked him all about this.

A1F: Did you grow up with guns in your home? How and when were you taught to shoot?
Stinchfield: I grew up shooting trap with my father and grandfather. It was an amazing bonding experience to be a kid hanging out with men at the shooting club they belonged to. It wasn’t until I moved to Montana that I realized the importance of owning guns for personal protection. My main concern was grizzly bears. I bought my first gun, a .357 revolver, to take with me hiking in the back woods. When I moved to Florida, I realized I needed guns for personal protection from evil people. I never looked back. I pride myself on finding quality training so I can learn new tips and techniques. 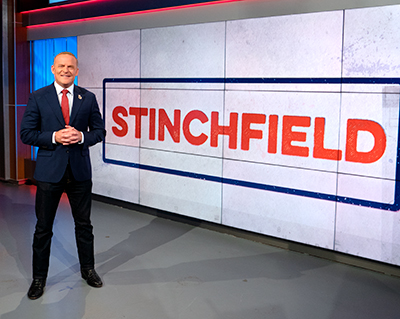 Grant Stinchfield is the host of “Stinchfield” on Newsmax.

A1F: You’ve worked as a TV journalist and commentator in very different parts of America—Montana, Connecticut, Texas. Our Second Amendment freedom can be treated very differently in these places, even though we all have the same constitutional rights. How do we bridge these cultural differences to let people know how critical this freedom is?
Stinchfield: I have lived in Texas now for 20 years. This is a state that lives by the motto “Come and Take it.” It shows how committed we are to protecting the Second Amendment. Florida and Montana were both pro-gun states; Connecticut clearly is not. It is sad what has happened to a state famous for manufacturing guns. The lawmakers in Connecticut are chasing law-abiding gun owners away. I am convinced the state legislature in Connecticut takes it cues from Rep. Nancy Pelosi (D-Calif.) and the rest of the Washington, D.C., gun haters who would like nothing more than to repeal the Second Amendment. All I can say is, God bless Texas.

A1F: As you’ve worked in “mainstream” news rooms, what do you (or did you) say to members of the media who are opposed to our Second Amendment rights?
Stinchfield: I was not well liked among many of my co-workers when I worked for the NBC-owned local stations, which was most of my career. I have always been outspoken about our right to keep and bear arms; this held true in our NBC morning meetings. I would be lying if I told you I wasn’t part of a few screaming matches between me and liberal reporters and news managers. In the end, a select few took me up on my offer to take them shooting. I think, for them, it at least opened their eyes to the fact that law-abiding gun owners are some of the most-responsible people in America. There is a war on guns and gun owners being waged by the fake-news media daily. Thankfully, I work for a network, Newsmax, that is pro-freedom and provides me every tool possible to fight back against the billionaire-backed anti-gun lobby.

A1F: When you cover a crime story, you focus on the criminal. You don’t blame an inanimate object for a crime. How do we (or can we) get more members of the media to make this obvious distinction?
Stinchfield: I think the only way we get the media to change is to educate the public as to how devious the media is. The mainstream media will only stop when we turn enough of the public away from them. The mainstream media wants you to believe a gun is some kind of transformer. They want you to believe the AR-type rifles in my safe are clawing from the inside to get out. It is ludicrous. But with so many gun-hating liberals running our nation’s newsrooms, people who back pro-criminal policies, this will be an uphill battle, but it is a battle I will never stop fighting.

A1F: Does Beto “Hell yes, we’re going to take your AR-15” O’Rourke have a chance at becoming the next governor of Texas?
Stinchfield: Not yet, but the radical anti-freedom Left will do anything to get their people elected. The Left wants Texas because the left-wing elites know that if they can take Texas, conservatives will never win another presidential election. So, while Beto says “Hell yes, we’re going to take your AR-15,” I say hell yes, I will do everything in my power to make sure you never win.

A1F: Some today seem to think the U.S. Bill of Rights is a list of “positive rights,” as in things government is required to give us, when, of course, the opposite is true; these rights are “negative liberties” or restrictions on government. How can we win this important intellectual discussion from p. 41 in a media and social-media culture that’s all sound bites?
Stinchfield: By not over-complicating the issue. Freedom is absolute. I tell people the U.S. Constitution doesn’t grant us rights; only God does that. The U.S. Constitution is important because it puts strict limits on what the government can do. That is an important distinction. We the people know what’s best for ourselves and our families. The Left thinks the government knows what’s best. 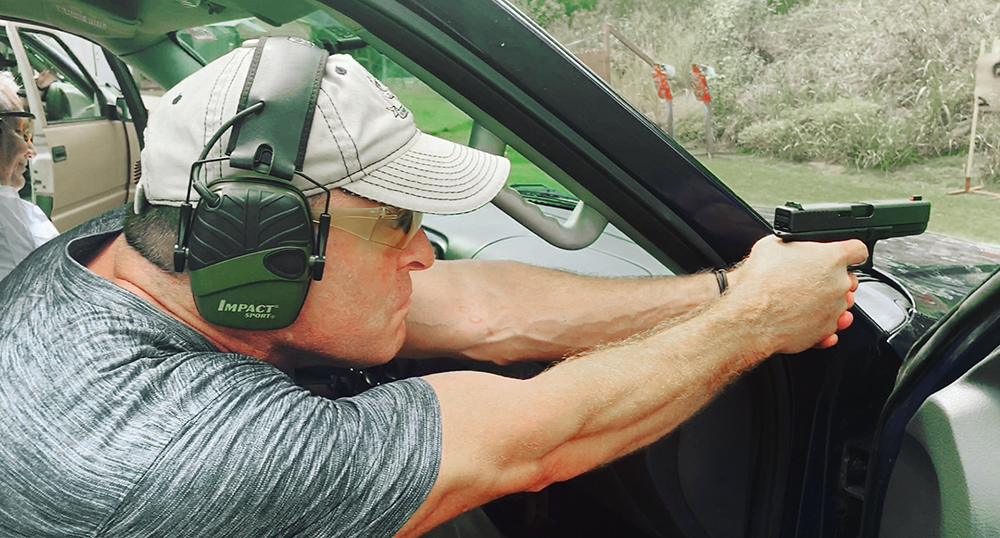 A1F: Are you hopeful about the future of this critical part of our freedom?
Stinchfield: I always have great faith in the American people. But, if anything, the past year should teach us how fast we can lose everything. President Joe Biden (D) is attacking our right to keep and bear arms. But I sense the people are waking up to these direct assaults on our freedom. This is thanks to networks like Newsmax and certainly to the NRA. I tell people all the time that the power of the NRA comes from its members. And when I meet with them, I leave infused with hope for America. NRA members, many of whom are members of “Stinchfield’s Army,” are real warriors who use the truth and the Constitution to drop truth bombs on the Left. I am proud to stand with them as we protect what is great about America. This begins with our Second Amendment-protected rights.

A1F: How can people follow you and where can they watch your show?
Stinchfield: “Stinchfield” airs on Newsmax at 8 p.m. Eastern time, Monday-Friday. We can be found on every major cable and satellite provider as well as nearly every streaming service, or you can just watch for free at newsmaxtv.com. My website is grantstinchfield.com.

Shooting Straight with Dianna Muller | An Official Journal Of The NRA

NRA Gun Of The Week: Taurus USA 327 | An Official Journal Of The NRA

Shooting Straight with Dianna Muller | An Official Journal Of The NRA