Wayne LaPierre, executive vice president of the NRA, gave a speech to be remembered, a speech that cuts right to the beating heart of this pivotal moment, at the Conservative Political Action Conference (CPAC).

“No matter how hard Biden tries blame us for the violent crime he enables, Americans aren’t buying his lies. They’re buying guns instead,” said LaPierre after noting that President Joe Biden (D) went to New York City after two of New York’s finest had been ambushed and murdered and used the moment to blame law-abiding citizens for the actions of a violent criminal.

“The one thing you didn’t hear him call for at all is the one thing that could have saved those officers and helped them return home to their families that day. You didn’t hear Joe Biden once call for putting violent criminals behind bars where they all belong. He didn’t once, not once, mention that the monster who killed those officers was a violent felon out on parole when he should have been in jail. Instead, what Joe Biden did, is he sat there and shamelessly looked right into the camera and he pointed his finger at you and me. And he blamed us and our Second Amendment freedom,” said LaPierre. 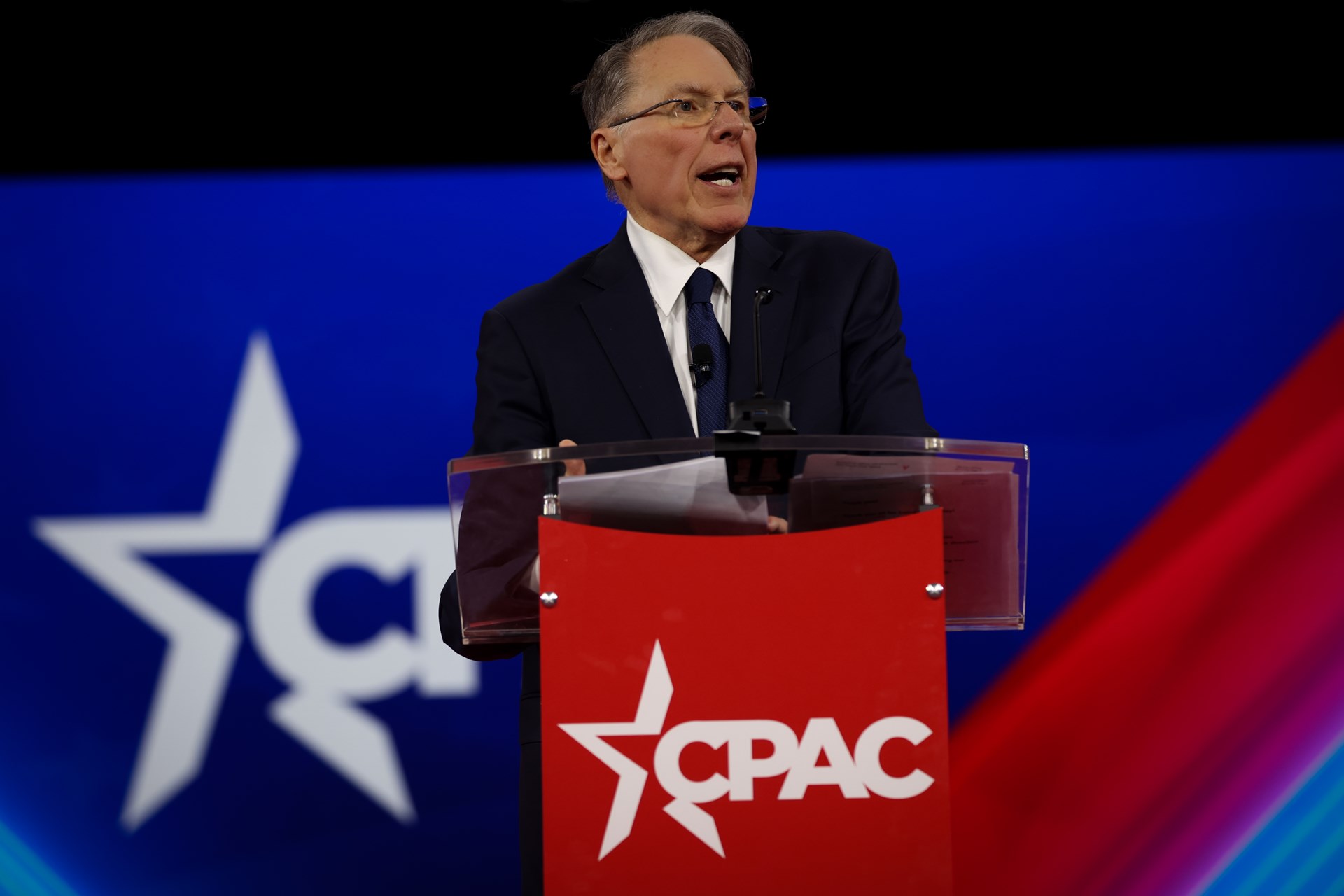 LaPierre then listed some of the misguided policies that have emboldened criminals, such as no-cash bail, an effort to get rid of mandatory minimum sentences and a lack of prosecutorial zeal for putting violent criminals behind bars.

“Make no mistake, Joe Biden’s radical agenda to help violent criminals escape justice is only going to make deadly crime, and the wave that is across our country right now, spread farther and deeper into more communities all over our precious country,” said LaPierre.

Americans, of course, can see what is really happening here, noted LaPierre. This is why over the last two years an estimated 5.4 million Americans bought their first gun, he said.

LaPierre then noted that, for example, a gun shop in Beverly Hills, Calif., has even seen a huge increase in business and that some of these new customers are the same Hollywood elites who don’t think average, law-abiding Americans should be able to own and carry firearms for self-defense.

“When you think about it, maybe that’s why so many celebrities are out there pushing so hard for mask mandates; they don’t want anyone to recognize them when they sneak into the gun store,” said LaPierre to a big laugh from the CPAC audience.

LaPierre then noted that “this freedom belongs to all of us as Americans.” And he listed recent NRA-led victories, such as that the NRA led the way to stopping the gun-control employee David Chipman from getting the top job at the Bureau of Alcohol, Tobacco, Firearms and Explosives (ATF).

“We also have taken the biggest Second Amendment case in over 10 years all the way to the Supreme Court. It’ll be decided probably in June. This landmark case is going to decide whether every law-abiding Americans’ right to self-defense stops at their front door or if it exist outside of their home.

“And thanks to the men and women of the NRA, your right to carry a firearm for self-defense in this country is now legally recognized in 42 states and counting,” said LaPierre.

LaPierre closed by asking every freedom-loving American to “join the most-successful civil-rights organization in the history of our great nation,” the NRA.

NRA Donates $122,720 to the Oklahoma Department of Wildlife Conservation | An Official Journal Of The NRA